How to migrate from Magento to Shopify

We’re seeing more and more high-growth e-commerce websites make the move from Magento to Shopify. As with every big move in technology, there has to be certain contingencies in place. This is to make sure everything moves over as smoothly as possible.
Unfortunately, we’re being contacted by a lot of eCommerce businesses that have made the move and seen negative effects. They’ve lost a lot of organic visibility, functionalities, customer accounts or had a drop in conversions.
We’re also noticing a lack in confidence of agencies abilities to migrate from Magento to Shopify. As a Magento agency that transitioned to become a Shopify Plus Partner, we’ve build up a knowledge base to correctly migrate from Magento to Shopify.

Will migrating to Shopify from Magento mean a big design change?

The short answer is no. Both Magento and Shopify offer the same flexibility in terms of design. Because the two platforms are built on different frameworks, the site will need to be re-coded in Shopify based on the original designs. This gives us a perfect opportunity to either re-design or refresh the UX and user journey.

Does Shopify make it harder for developers?

We’ve found that sometimes it can be the other way round, often taking hours to do an update as opposed to days with Magento. The obvious difference is that Shopify is a hosted platform whereas Magento has to be hosted and maintained. Although it’s not recommended, you can amend the core of Magento which isn’t possible with Shopify. However, you can extend the Shopify platform using applications.

Configuring products in Shopify to sync with your old Magento data

The way Shopify handles products and attributes is slightly different to Magento, which means migrating the products isn’t as simple as exporting and importing. At ELS Media, we have a system in place that allows us to map the Magento product attributes and data to the Shopify equivalent. While this can take some time when you’re dealing with potentially thousands of products, this has to be done right.
Unlike Magento, Shopify is limited to 100 variations per product and a maximum of 3 options per product. There is an extensive library of apps available to extend this functionality within Shopify.

How to avoid SEO pitfalls when migrating

One of the biggest complaints we hear when sites have migrated from Magento, is that they lose a lot of their traffic. Usually, you would expect to see a small drop in traffic straight after launching a new site. But this traffic should catch up and overtake current SERP rankings in time if it’s been done right. We’ve invested a lot of time into understanding the best way to move an online store to Shopify without losing traffic or SERP position.

Without a doubt, the most important aspect of SEO when launching a new site is to make sure the redirects are done correctly. Shopify lists products on several URLs so it’s really important to make sure you redirect your Magento product URLs to the Canonical ones.

In SEO a common phrase you’ll hear is “content is king”. This is true because it’s the content that Google reads and processes for the SERPs. When you’re migrating, you should try and keep as much of the original content as possible. When it comes to 301 redirects, the closer the new content resembles the original content, the better your migration strategy will be.
Obviously, if you’re going through a redesign it might not always be possible to keep content consistent across the old and new site. But it’s something that should be taken into consideration when you start to redesign your site.

It’s no secret that Google and other search engines use site speed as a ranking metric. With that in mind, it’s important when building a Shopify theme that the speed is as optimised as possible. Because Shopify is a self hosted platform, there isn’t much we can do to optimise it server-side.
However, Shopify have invested heavily into reliable and state-of-the-art infrastructure. Couple this with extensive caching and an optimised CDN (content delivery network) makes Shopify sites best-in-class for delivery. It’s extremely rare that a site migrating from Magento to Shopify ends up having a slower loading time.

With a lot of eCommerce platforms you get the option to create several URLs for the same product. You can then choose a preferred URL, or a canonical. This canonical URL is essential for SEO as it tells Google which URL holds the original content and the other URLs are copies.
Without the canonical in place, you could be in danger of producing duplicate content. Shopify, by default, creates canonical URLs for every product, so you don’t need to worry about anything. For some eCommerce sites, the collection name will need to be removed from the URL. This is relatively straight forward and common practice for some of our clients.

Migrating user accounts and passwords from Magento to Shopify

Every eCommerce platform uses its own encryption system to keep user accounts safe. Because of this, there isn’t a reliable, secure way to migrate user passwords from Magento to Shopify. However, we find that this gives our clients an opportunity to reach out to their customers with a bit of clever email marketing.
Most subscription based Magento sites will use a third party to process the subscriptions such as Stripe. Migrating over third party apps to Shopify is a relatively simple process. The same process goes for reviews; the big review platforms like Yotpo and FeeFo have apps that run on both Magento and Shopify. This makes the integration relatively seamless.

Ready to migrate to Shopify and make the switch from Magento?

While every new rebuild or big move in technology can be daunting, at ELS, we’ve invested a lot of time and resource into making high converting Shopify stores AND making the migration process as smooth as possible. We’re always available for a chat, so if you’ve got any questions, you’re thinking of moving to Shopify, worried about a data migration or need some more information about Shopify, please don’t hesitate to get in touch. 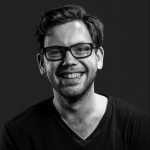 Will is Head of Marketing at ELS Media. He can be found fixing Google penalties, optimising eCommerce sites and creating automated email marketing strategies.

Magento End of Life – What Does It Mean For You?

eCommerce SEO Tips You Can Do Today